RunJS is a JavaScript playground for your desktop.
Write code, install NPM packages, get instant feedback. 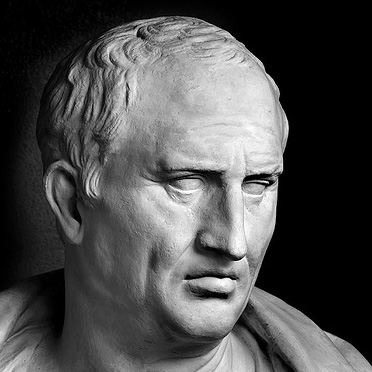 Lorem ipsum was conceived as filler text, formatted in a certain way to enable the presentation of graphic elements in documents, without the need for formal copy. Using Lorem Ipsum allows designers to put together layouts and the form of the content before the content has been created, giving the design and production process more freedom.

It is widely believed that the history of Lorem Ipsum originates with Cicero in the 1st Century BC and his text De Finibus bonorum et malorum. This philosophical work, also known as On the Ends of Good and Evil, was split into five books. The Lorem Ipsum we know today is derived from parts of the first book Liber Primus and its discussion on hedonism, the words of which had been altered, added and removed to make it nonsensical and improper Latin. It is not known exactly when the text gained its current traditional form. However references to the phrase "lorem ipsum" can be found in the 1914 Loeb Classical Library Edition of the De Finibus in sections 32 and 33.

It was in this edition of the De Finibus that H. Rackman translated the text. The following excerpt is taken from section 32:

This is recognisable, in part, as today's standard Lorem Ipsum and was translated into:

"Nor again is there anyone who loves or pursues or desires to obtain pain of itself, because it is pain, but occasionally circumstances occur in which toil and pain can procure him some great pleasure".

Advancing to the 1960s, Lorem Ipsum was made popular by typeface manufacturer Letraset, who used it in their advertising campaigns. Letraset offered pages of Lorem Ipsum as rub down transfer sheets, which were widely used in the pre-computer era for layouts. These transfer pages, known as Letraset Body Type, were featured in the company's advertising and their popular catalogue.

Lorem Ipsum was reintroduced in the 1980s by the Aldus Corporation, a company that developed Desktop Publishing Software. Their most well known product PageMaker came with pre-installed graphics and word-processing templates containing a version of the faux latin language.

This generator uses a dictionary of Latin words to construct passages of Lorem Ipsum text that meet your desired length. The sentence and paragraph durations and punctuation dispersal are calculated using Gaussian distribution, based on statistical analysis of real world texts. This ensures that the generated Lorem Ipsum text is unique, free of repetition and also resembles readable text as much as possible.

If you're comfortable with the terminal, you can also install this generator as a command-line application. Provided you have Node.js installed, just execute the following command to install it: